If you wish to partake in casual "off-topic" discussion amongst spiritual friends, please do so in the Lounge at Dhamma Wheel Engaged.
Forum rules
Locked
104 posts 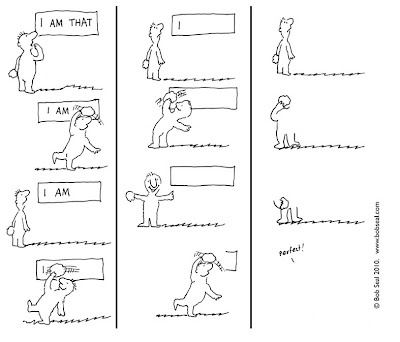 It's funny because it's true lol

A blatantly sexist "joke" which has never been true in connection with myself as a woman, nor anyone I've ever known.

I got curious about the data -- have found some evidence that men actually do better economically after divorce than women do.
https://www.theatlantic.com/business/ar ... ap/480333/
Just sayin --

Those who grasp at perceptions & views wander the internet creating friction. [based on Sn4:9,v.847]
Top

Lol I have a feeling that post is still going to be referenced when this thread is 20-30+ pages.

I think it was meant on the absurd side and also playing on the general joke about divorce. I don't think anyone took it serious in labeling all woman as money hungry (If anyone believes that they are literally insane, I mean lets be honest most woman are the ones holding up emotional depth and intimacy within our modern society).

Hopefully we can get some people posting jokes, memes, and general fun banter When Laila and Bengt discovered that what the brochure called "a buddhist beach" was no printing error, after all. CedarTree wrote:Lol I have a feeling that post is still going to be referenced when this thread is 20-30+ pages.

LOL yup. I could care less though, it is what it is.
Top

binocular wrote:"pomaranča" -- how's that for a synthesis of numerous sources?

Is that.... pomme, like in French... and then the ending looks Romanian (I know its not), to my unschooled eyes. I assume it is a portmanteau?

My etymological dictionary (Snoj) says (my translation of the dictionary entry):


pomaranča
Loaned from old (today still dialectal) Italian "pomarancia" ‛pomaranča ('orange (the fruit)')’, which is a composite consisting of Italian "pomo" ‛apple, fruit’ and "arancia" ‛orange’; compare the French "pomme d'orange ‛orange (the fruit)’ which is motivated the same way. From the same source is also German "Pomeranze" ‛a type of small oranges’. Italian "arancia" ‛orange’ is (through Spanish "naranja" and Arabic "nārandž") loaned from Persian "nārandž" ‛orange’, which is not yet etymologically satisfactorily explained.

I think part of the problem here is that in some languages, the names for the fruit and for the plant it grows on are the same, while in some others, they are not, and in some languages, only in some cases. So when words get loaned from one such language to another, there can be some confusion.

So in my native language (which often has the same name for the fruit and for the plant it grows on), the following sentences make perfect sense:
We had to cut down the old pear because the struck of lightning broke it in two.
It is wise to water cherries in the winter.
Our nut grows into the power lines, causing problems.
My jewelery box is made from plum.
The heavy rain and storm pulled out some tomatoes.

In my native language, it would mostly be redundant to say "fruit of x" or "tree of x" because native speakers recognize from the context which is meant.
Hic Rhodus, hic salta!
Top An atheist was walking through the woods one day in Alaska, admiring all that evolution had created. "What majestic trees! What a powerful river! What beautiful animals!" he said to himself. As he was walking alongside the river, he heard a rustling in the bushes behind him.

Turning to look, he saw a 13-foot Kodiak brown bear beginning to charge towards him. He ran as fast as he could down the path.

He looked over his shoulder and saw that the bear was rapidly closing on him. Somehow, he ran even faster, so scared that tears came to his eyes. He looked again & the bear was even closer. His heart pounding in his chest, he tried to run faster yet. But alas, he tripped and fell to the ground.

As he rolled over to pick himself up, the bear was right over him, reaching for him with it's left paw and raising its right paw to strike him....he yelled out, "OH MY GOD!"

Even the river stopped moving.

As a brilliant light shone upon the man, a thunderous voice came from all around,

"YOU DENY MY EXISTENCE FOR ALL THESE YEARS, TEACH OTHERS THAT I DON'T EXIST AND EVEN CREDIT CREATION TO SOME COSMIC ACCIDENT. DO YOU EXPECT ME TO HELP YOU OUT OF THIS PREDICAMENT?
"AM I TO COUNT YOU NOW AS A BELIEVER?"

Difficult as it was, the atheist looked directly into the light &
said, "It would be hypocritical to ask to be a Christian after all these years, but perhaps you could make the bear a Christian?"

The light went out...

The sounds of the forest resumed..

And the bear dropped down on his knees, brought both paws together, bowed his head and spoke:

"Lord, thank you for this food which I am about to receive, Amen."
Top

"Lord, thank you for this food which I am about to receive, Amen."

haha, he should have asked for the Bear to be a Jain. Jains are vegetarian.

About 50% or less of Buddhists are vegetarian, so he would have only had a 50-50 chance at survival if he asked for Buddhist.
TheDhamma.com
Dhamma Wiki
Dharma Wheel forum
Dharma Paths forum
Dharma Wheel Engaged forum
Top Ninoslav Ñāṇamoli
Senses and the Thought-1, 42:53

"Those who create constructs about the Buddha,
Who is beyond construction and without exhaustion,
Are thereby damaged by their constructs;
They fail to see the Thus-Gone.